Periodontitis (gum disease) is a common human affliction, affecting one third of all adults, and over half of the population over the age of 50.

Treatment
Non-antibiotic approach for treating the underlying infection responsible for periodontal disease. After routine scaling, the dentist will apply the compound directly into the periodontal pockets and around the gum line of affected teeth. The compound quickly penetrates the plaque preferentially binding to multiple structural components in bacteria, including their toxic secretions. Laser light is then applied directly to the affected sites using a fiber optic probe. A powerful free-radical reaction destroys the targeted bacteria and the associated toxins such as collagenase.

Periowave is a revolutionary new adjunctive treatment bringing the power and ease of photodynamic disinfection¹ to the treatment of periodontal diseases. The patented process was developed by Professor Michael Wilson and colleagues at the Eastman Dental Institute, London, England and is licensed to Ondine Biopharma Corporation by UCL Biomedica PLC, University College London. 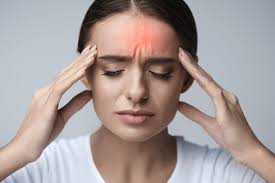